The adventure of La Fromagerie Polyethnique Inc. began in 1992 with a meeting between Lebanese traders of Montreal and a group of producers in the region. Incorporated in 1993, La Fromagerie was officially born at the intersection of Chemin Saint-Robert and montée Sainte-Victoire, in Saint-Robert. Groundbreaking took place in June 1994, and the plant became operational in January 1995, receiving the first delivery of milk. The first sale of cheese was recorded in July 1995. 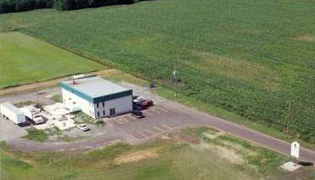 In 2003, the owners added an area of 8,200 square feet to equip their premises of space suitable for the Packaging Department and for refrigeration, as well as a resting area for the staff. They also had to adapt and create new equipment and processes to move from artisanal to more industrial production. 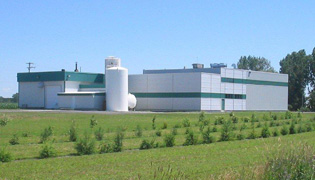 An expansion is required in 2006 to put in place new equipment in the Production Department. The Research & Development Department is created at this time. Since labneh is the most demanded product, some equipment is developed, designed and built to ensure the development of a new production process for this product. Moreover, because the strength of La Fromagerie Polyethnique is to listen to the ethnic communities, Research & Development launches new products on a regular basis in the following years, thus building customer loyalty. 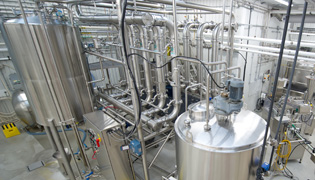 In 2007, the area for storing packaging materials such as boxes, pails, jars, bags and labels is expanded to meet future space requirement, as anticipated in the five year expansion plan of La Fromagerie.

Thanks to the success brought by the quality of its cheeses, La Fromagerie Polyethnique concludes an important partnership with Phoenicia Products Inc. in 2007.

In summer 2008, La Fromagerie Polyethnique continues its growth phase in the section of the reception of milk, the Production Department, the engine room and the Department of Pasteurization. Since 2007, all expansion projects of the Company are executed with a concern over its environmental footprint. LEED (Leadership in Energy and Environmental Design) standards were an inspiration for the building design. To continue in the same way, at the end of 2008 La Fromagerie Polyethnique begins installing solar panels that contribute to preheat the air inlets in the plant, and a system for recovering energy through heat pumps to transfer the energy overflow.

The construction is complete and the company begins to receive new equipment. In February, the new reception of milk is available and the new pasteurizer operational. In April, containers are received from overseas, specifically from France, for cheese molds, the tunnel press, the tunnel washer and the double O vats (cheese ponds) from Chalon-Mégard Company. In July, the first wheels of cheese are taking shape with the new equipment. These improvements allow for a larger production while maintaining impeccable quality. 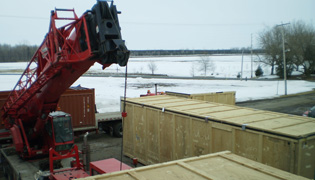 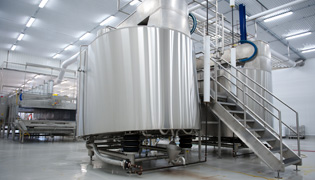 The construction and equipment period is completed, and La Fromagerie Polyethnique devotes its attention into recruitment to complete the Production staff. Professionals join the existing team, and the stage is set to begin acquiring a new quality standard, the FSSC 22000.

During the growth of the plant, La Fromagerie Polyethnique continues to listen to its customers, adding the Mediterranean yogurt to its list of products in 2011. The Company finishes the year strongly, thanks to the hard work of employees, by acquiring quality certification FSSC-22000 recognized by the GFSI (Global Food Safety Initiative), a globally recognized standard for quality.

Today, La Fromagerie has a plant of 36 000 square feet and employs nearly 40 people. The Company always makes sure to fulfill its mission by offering the same quality products to ethnic communities. These products are mainly shipped to markets in Montreal and Toronto, but also in Calgary and Vancouver. Products from La Fromagerie Polyethnique are known by several names such as Le Bédouin, Cedar and Phoenicia.